Among the 7,500 boys brought to Australia under the Dreadnought Scheme, there were numerous cases where brothers came, either together or subsequently. Their lives in Australia provide uniquely individual stories. However, where there is a strong lasting bond between the brothers, it can be useful to tell those stories together. Jim and Reg Bagshaw are such brothers. 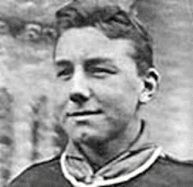 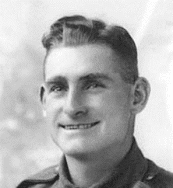 
James Edward Bagshaw was born in Salford, Manchester, on 22 September 1910 to Robert and Elizabeth Bagshaw. The family lived in a terrace house in St Mary’s Street, Hulme, a Manchester suburb. He had four brothers. He belonged to the church choir and the Scouts. His favourite pastime was swimming and he gained a bronze medallion for lifesaving.

Life was a struggle, his father had become an invalid due to war injuries. With five children to support the family’s future looked bleak, especially in 1926. The promised opportunities in the Dreadnought Scheme’s literature convinced James to apply. His job as an office-boy had little hold on him.

One of his brothers, Reginald Hiram Bagshaw, was born on 8 September 1912. He attended St Mary’s Elementary School, Hulme with his brothers. In 1925 he won a scholarship which allowed him to complete his secondary education in Chorlton High School in 1928. This meant he could get work as a clerk. Meanwhile James had gone to Australia.

James Bagshaw left London in July 1927 on the SS Berrima. He was one of 39 Dreadnought Boys on board. He arrived in Sydney on 15 August that year, five weeks before his 17th birthday. On arrival in Australia, he was sent to the Wollongbar Experiment Farm in northern NSW for farm training. Subsequent postings were to the farms of Mr J Duncan, Coffee Camp; Mr D Hines of Woodenbong in 1928 (with whose family he remained lifelong friends); Mr J Reid, Woodenbong; and the Gilmores, Pearces Creek in 1929. At this stage Jim was able to help his brother, and provided for Reg to emigrate, also as a Dreadnought Boy.

Reg Bagshaw arrived in Sydney on the SS Orama on 11 April 1929, with 40 other Boys. He trained at Scheyville, before joining Jim in the Northern Rivers area of NSW. Reg had a variety of jobs around Woodenbong and Urbenville, such as cutting timber and working on dairy farms. By 1931, he had started a bee-keeping business with his brother Jim. Reg had also become involved in the community, entertainment events, and serving on local committees - often as secretary.

The year 1934 saw big change for Jim Bagshaw, now married and with their first child. Based in Urbenville, he worked on the metal-crushing plant for the new road between Urbenville and Bonalbo. In 1935, he moved the family 20km E to Boomi Creek where he worked in Grahams’ Timber Mill. Later, he moved to Bennetts’ Mill at Beaury Creek (6km NW of Urbenville). Here, on weekends, he cut railway sleepers in the nearby state forest and had his own bullock team, as well as maintaining the beehives. Any spare time he had was spent on a very productive vegetable garden and ferreting for rabbits, to supplement the family meals. Compared to brother Reg, except for the Parent & Citizens and Ratepayers Associations, Jim was less involved with organisations.

When World War 2 came, Jim was not able to enlist for war service because of an old foot injury. During the war years three more children were born. Jim worked and saved hard. His wife, an accomplished knitter and dressmaker, found ready customers for her work.

Reg enlisted in the Australian Infantry Forces in August 1940, joining the 9th Australian Division Signal Corps, as a wireless operator. A corporal, he was discharged in November 1945 in Sydney, having served 917 days on active duty outside Australia.

Wounded in action at El Alamein and one of the ‘Rats of Tobruk’, he also saw service in Tripoli. He was later sent to the Pacific theatre of war, where he saw action in both New Guinea and Borneo, participating in amphibious landings at Lae and Finschhafen.

In 1947, after 20 years in Australia, Jim bought ‘Avoca’, his father-in-law’s farm on Boomi Creek, and the family moved into its spacious home. Here, 2 km south of Urbenville, he bred heifers and expanded the beehives. In the 1950s, when honey prices declined, he reluctantly re-opened the dairy, adding pig raising and crop growing to his list of activities. He purchased an ex-army International truck, affectionately named ‘Myra’ (it replaced a Willys Overlander with gas-burner trailer). One day without a word to anyone, Jim arrived home with his first car, a 1949 Holden, to the amazement of the whole family.

Earlier, in 1946, Reg purchased a die-cast welding business at 60 Erskine Street, Sydney. He bought the business on the condition that the previous owner taught him how to weld. By 1947 he had made the final payment and owned the business outright. He specialised in welding all types of carburettors, fuel pumps, mascots, door handles, grilles and crank cases. The business exploited a niche market in the repair of motor vehicles in the immediate post-war period and was ideally situated in the central city area. The business provided a cash flow that enabled Reg to purchase a block of four flats in Fletcher Street, Woollahra in 1949, and to lease another block of flats in St Marks Road, Randwick in 1953. He proved himself to be an astute businessman, dabbled with inventions, tried his hand at sculpture and worked in metal, wax and timber. He left a diverse legacy.

For both brothers, music and performance were major aspects of their lives. Jim’s love of music and dancing led him to meet Janet, the youngest daughter of Scottish migrants William and Janet McLintock. Janet, partly disabled by childhood polio, was the pianist in the family dance band. Jim and Janet married in 1934. Jim had a rather grand bass voice. In 1935 he was a successful contestant in the Lismore Music Eisteddfod, and often participated in musical productions in the district.

In later life, a severe back injury (thanks to a recalcitrant bull) precluded him from sport and dancing, and made many of his activities painful. He loved the challenge of fixing things. He loved listening to operatic records and never missed “World Famous Tenors” on radio.

During these years he successfully invested in the stock market. He never returned to England—he was not one to look back.

In post-war Sydney, Reg sang in a number of Gilbert and Sullivan light opera productions staged by the Savoyers Society. Reg Bagshaw was a capable tenor. Marie Therese Cleary also sang with the society. They married in 1949 and went on to have three children - all boys.

Reg’s early death, brought to an end years of spirited discussions of ‘Sydney or the bush’ and who was the best tenor in the world! Reg Bagshaw died of cancer, after a long illness, on 7 April 1960 aged 47 years.

In 1978, Jim developed leukaemia. Practical and self-sufficient to the end, he elected to allow the disease to take its course, refusing to be ‘a burden on anyone else’. Aged 68 years, Jim Bagshaw died on 30 October 1978 in Lismore Base Hospital.

While the Bagshaw boys’ enduring relationship was not without its tensions, both were well respected men who made solid contributions to their adopted country. They made the most of the opportunity provided by the Dreadnought Scheme.
Posted by JohnDBson at 19:33