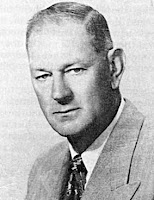 
Jack Stuart Easter was born in 1907 to John and Alice Easter, in St Johns Wood, London. His father was a coach builder, and the first production Bentley motor car was to be delivered in 1921 with ‘bodywork by Easter’.

Jack was educated at Ardingly College in Sussex and Regent Street Polytechnic in London. At fifteen, he decided that a life of stiff collars, bowler hats and pin-striped trousers was not for him, and told his parents he wanted to go to Australia. His father opposed the idea, but Jack was persuasive. He sailed on the Themistocles and arrived in Sydney on 7 August 1923 under the Dreadnought Scheme.

Sent for training at Grafton Experiment Farm, Jack was there from 9 August 1923 to 21 January 1924. This had been an exceptionally wet period, and had taken its toll on Jack. He decided he would return to England, but after less than a year in England, Jack returned to Australia and resumed the life of a Dreadnought Boy. His first job was at a farm at Newrybar, in the coastal hills near Byron Bay. When he first looked out and saw the sea, a wave of homesickness took him, and brought tears. A woman’s voice beside him said, ‘Come on now. No time for that,’ and he was put straight to work milking cows. From then on Jack changed farm jobs fairly often, until he leased a property at Gundurimba, dairying and running a few cattle.

One day in a Lismore street, he saw a very unhappy young man leaning against a street post. Jack learnt that he was a Scottish lad, who had come out to Australia to join an uncle, in business in Lismore. When he arrived, he found the business closed and the uncle gone. Not a rare story in those years. Jack offered him work, ‘I can't afford to pay you but you can have a bed and your keep until you can find something better.’ The young man accepted, and he and Jack worked together for several years.

In 1932, Jack married Margery Joan Thomas and they lived on the property for the first years of married life. During this time Jack’s mother and father came to Australia and stayed with them at Gundurimba. They were somewhat dismayed at the living and working conditions. His father could not understand why Jack chose to put up with the heat, mosquitoes and thunderstorms, when he could be living a life of comfort in England - but Jack refused to be lured back to the comforts of England.

When the lease on the farm ran out in 1934, Jack and Margery moved to Ballina where Jack bought a cream run with agencies for fertilisers, produce and petroleum products. The cream run was between Ballina and Broadwater, with petrol and produce deliveries throughout the district on the off days

Between 1930 and 1948 there was a railway line which brought produce and petrol, and a few passengers to Ballina. When the train arrived about 6 pm with produce, the trucks had to be cleared that night for the 7.15 am return trip the next day. Jack and his wife worked hard, often until early morning, transferring the goods onto their motor lorries and then to their storage sheds. On the non-cream days, the goods then had to be delivered to farms in the district and up river. One old resident commented ‘Jack knew how to handle a 44 gallon drum of petrol’.

Gradually the dairies closed down, the butter factories closed and the cream runs died out. Petroleum products became the main business, as farm mechanisation took over. However, as the years went by, the business prospered and Jack opened an office in Ballina. He bought several farms in the surrounding area, maintaining his interest in dairy, as well as adding sugar cane production. Jack was involved with several producer organisations, and also took a great interest in community affairs. He was a strong supporter of the Anglican Church in Ballina, and was involved in the planning of St Andrew’s Retirement Village.

Jack Easter is best known for his public service. He became an Alderman on Ballina Council in 1941, serving as Mayor of Ballina from 1948—1952 and again from 1971—1974. He became a Member of the NSW Legislative Assembly representing the Lismore electorate in State Parliament from 1953—1959.

Jack is especially remembered for his gift of land on Lennox Head in 1977. This had been part of a dairy farm that he owned. It now gave public access to the most scenic part of the coast, a vantage point to watch migrating whales, and immediately below, board riders surfing the world- renowned point break. It is also a launchpad for hang and paragliders.

Jack Easter died on 2 March 1978, aged 70 years. A Police Guard of Honour escorted his cortege on the way to the crematorium.

He was always likely to do well, and, making the most of his opportunities, was an outstanding example of enterprise and service. A most notable Dreadnought Boy.
Posted by JohnDBson at 21:38 No comments: